A kind of damselfly that has an impressive appearance when it perches on its black wings. It is about 6 cm in length, metallic green (male) or brown (female), and has dark brown wings. Wings have fine veins, but no spots.

When perched on a leaf, the two wings are perfectly overlapped. While perching, it sometimes spreads its wings slowly.

It can be seen in waterside areas such as reed beds from early summer to autumn. They are territorial and fly around stones and certain leaves. After mating, eggs are laid on aquatic plants.

I found it while walking around Asakawa in the afternoon and took a picture. A dragonfly often seen in rivers and mountains in the city, it flutters gracefully. The wind was a little strong that day, but the pair were resting on their favorite leaves.

It had its wings open and closed.

Introducing a picture of Calopteryx atrata. 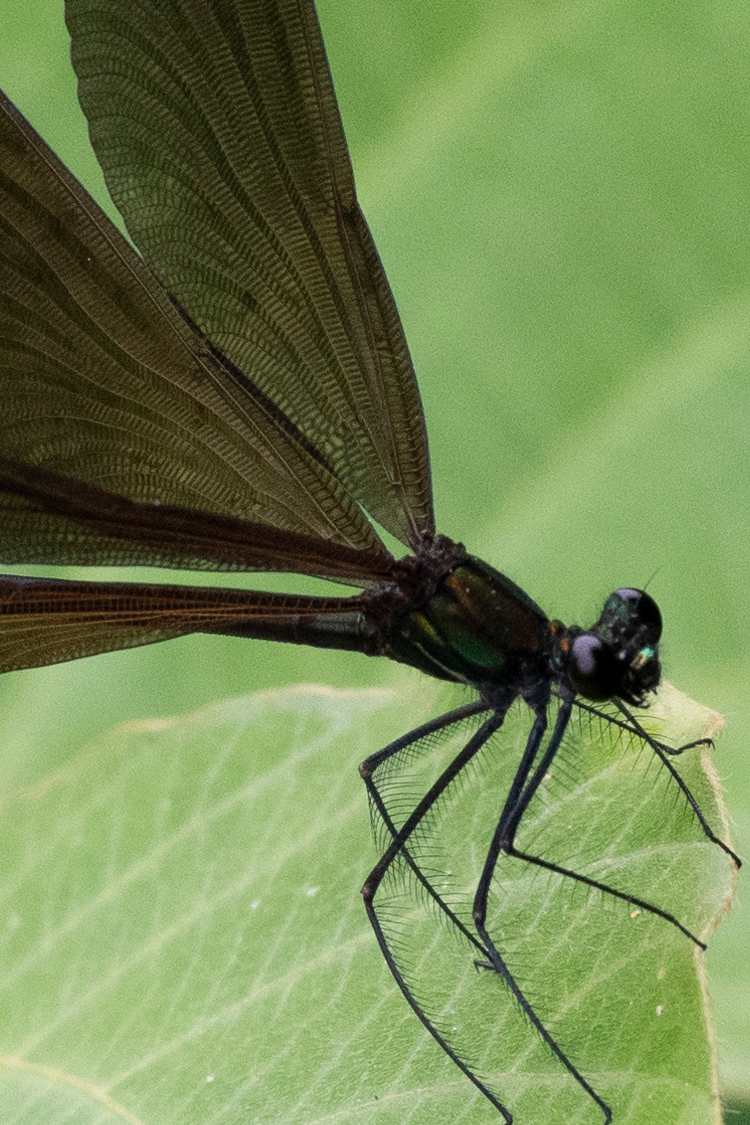 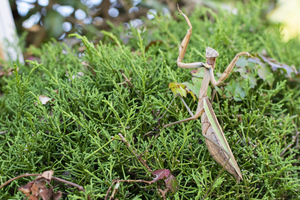 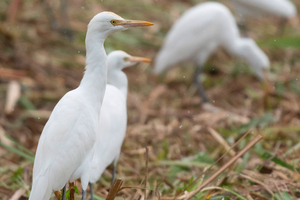 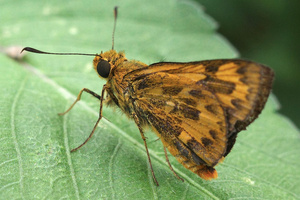 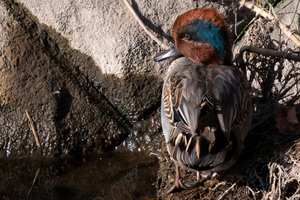 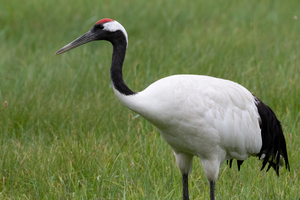