Japan's largest heron, which is less than 1m tall. Its long neck is characteristic, but it flies by folding its neck into an S shape. The slender legs are black and long enough to keep the body dry. The area around the eyes is yellow or yellowish green.

During the day, it stays still on trees near water and rivers, and sometimes on private houses, or walks slowly step by step to find food.

Great Egrets look different in summer and winter. In summer, the long beak turns black and decorative feathers appear on the back. In winter, the beak turns yellow and the ornamental feathers disappear.

The Great Egret makes sulky voices like "garalalalalala" and "guagwat". It's a little scary when suddenly crowed along the river around sunset.

They live near water such as rivers and ponds. They feed on fish, crustaceans such as crayfish, and amphibians. At the water's edge, it cringes its neck and asks for an opportunity, then catches it all at once. There are also dexterous ones that move their legs in the water to frighten small fish and catch them when they escape.

Forms colonies on trees. The appearance of a heron forming a bell on a tree is called "heron mountain".

Taken in Asakawa, Hachioji City. Great egrets can be seen all year round in Asakawa. Dozens of them gather at the riverside and eat food. During the breeding season, males can be seen chasing females. Sometimes it stays still on top of the aqueduct.

When I was running along the river at night, a great egret suddenly crowed and flew away. It flew off unsteadily toward the lights of the station. The figure flying at night was impressive because it looked like a bigger creature than I saw in the daytime.

Introducing a picture of Great Egret. 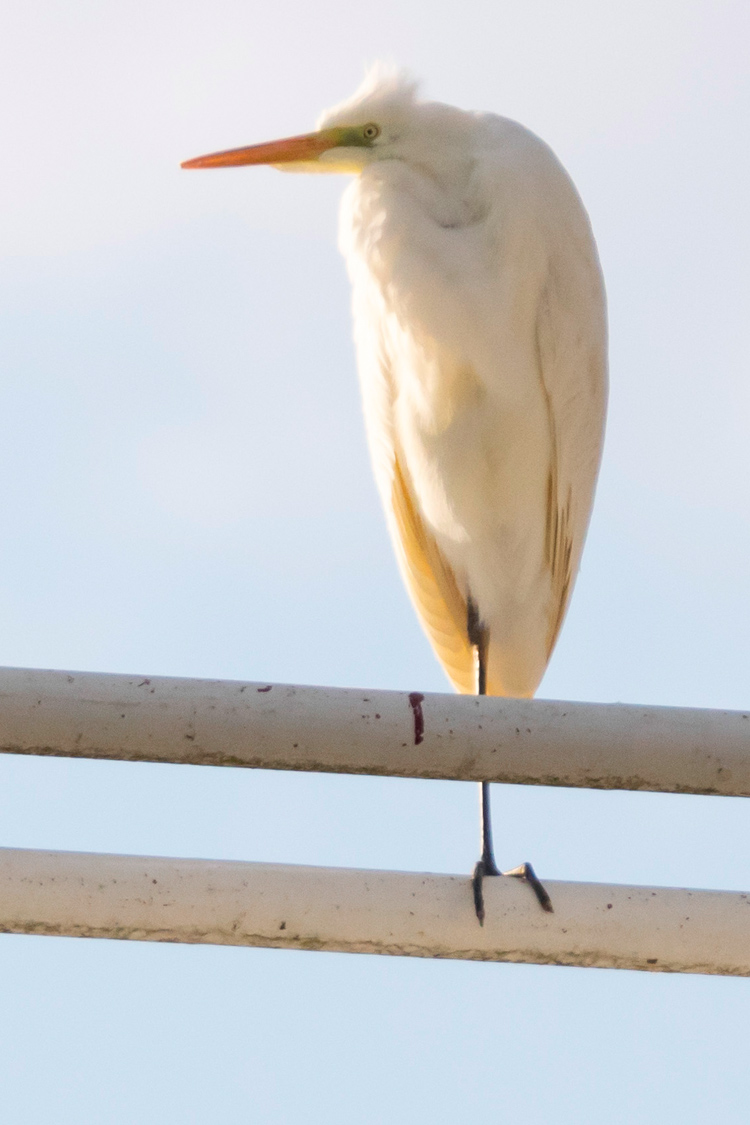 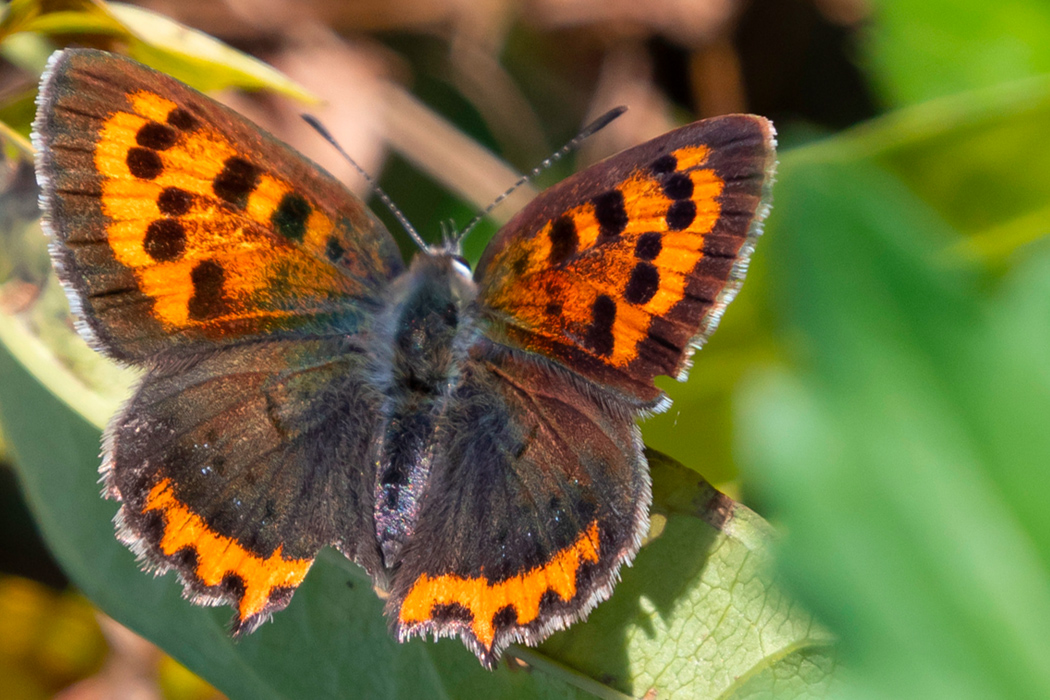 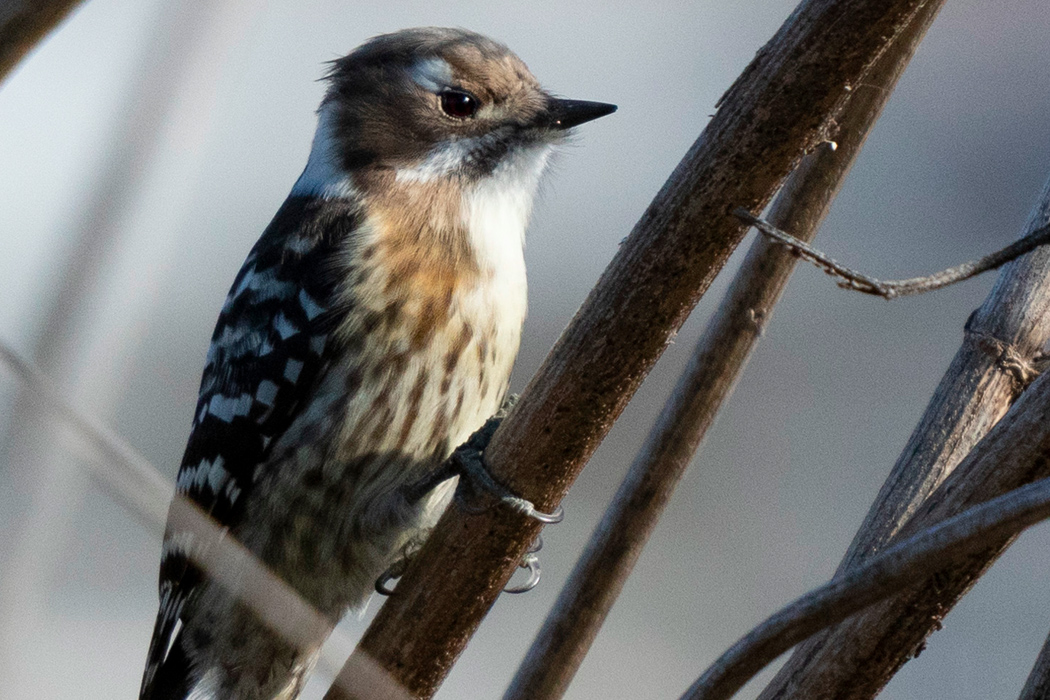 A small woodpecker that you can meet up close.......ead more. 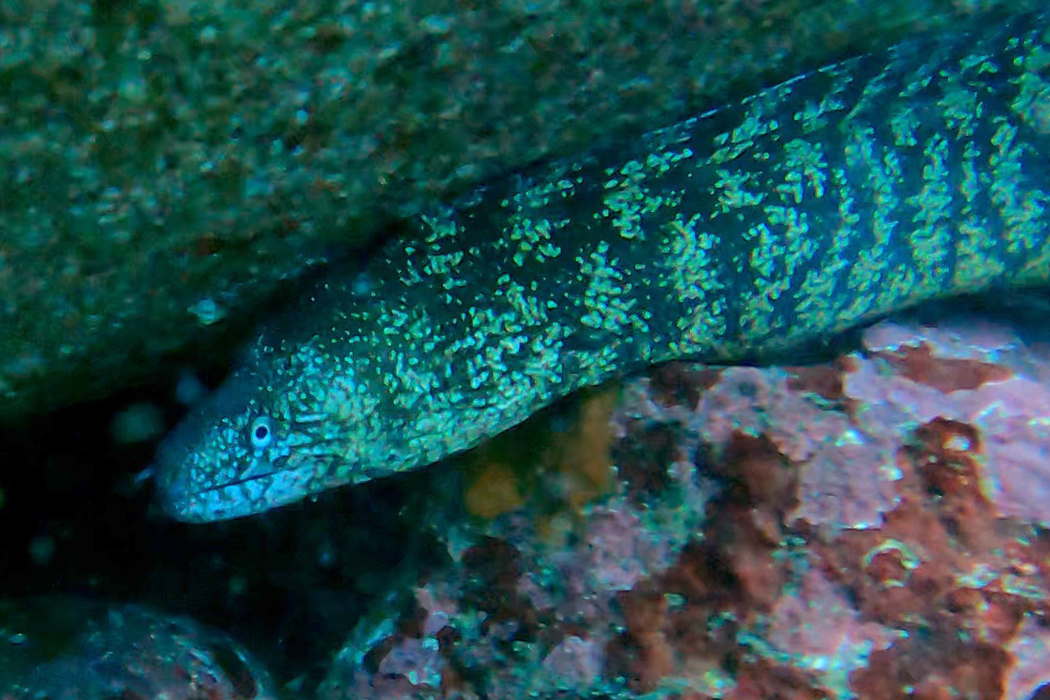 A mouth slit behind the eyes and lined with sharp teeth.......ead more. 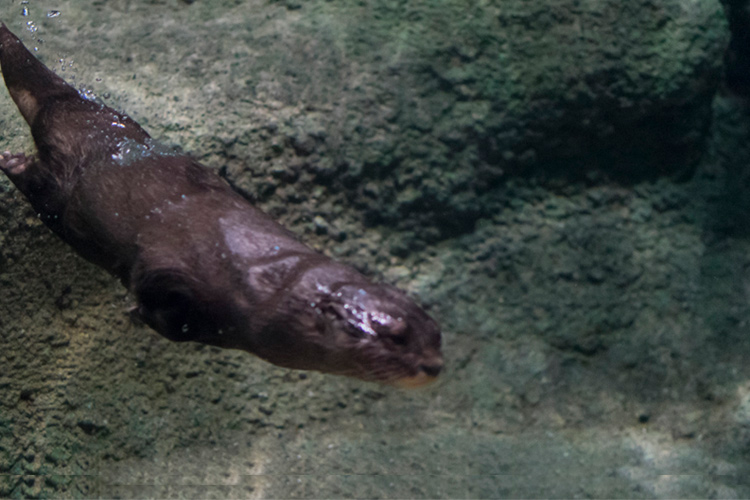 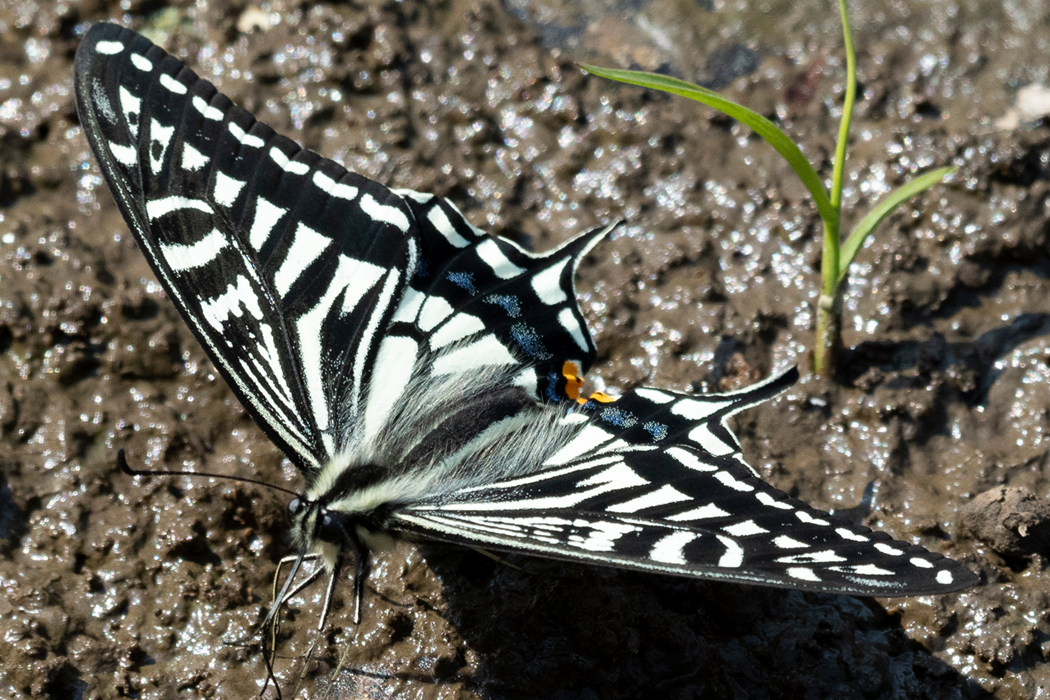