A mammal of the bovine family with a total length of over 1m, it is endemic to Japan. Although it has "shika" in its name, it is not a member of the deer family. The silhouette is chunky, suggesting that it is closer to the cow than to the deer. The whole body is covered with brown feathers. Depending on the region, it may be gray or white. It has thick whisker-like feathers under its face, and has cone-shaped horns of about 10-15cm on its head. There are ears on the outside of the horns.

Inhabits forests from high mountains to low mountains in Honshu, Kyushu, and Shikoku. They do not form groups and act almost alone, and each individual has its own territory. It eats tree bark, buds, and fruits. They can be seen in areas close to human habitation, and even when they see humans, they sometimes stay still without running away immediately.

It prefers terrain with steep slopes and cliffs, and in winter it is sometimes called 'Ao no Kandachi' when it stands on top of cliffs for long periods of time.

I have encountered a Japanese serow twice while walking on a forest road. Both surprised each other by their sudden encounter.

On the forest road to Totogasaki, Iwate Prefecture

When I visited Togasaki in Iwate Prefecture, which is the easternmost point of Honshu, I encountered a Japanese serow on a forest road. On my way home from Todogasaki Lighthouse, I ran into him at the turn of a curve while walking along a forest road facing a cliff by the sea. Even the Japanese serow seemed surprised and turned on its heels and fled towards the cliff. The night before, I was really surprised because I had heard from a local man who used to work at a lighthouse that there were black bears around.

On the forest road along the Akigawa River

I encountered it when I was walking early in the morning on a forest road along the Akigawa River in Tokyo. The photos on this page were taken at that time. It came out quietly from the side of the cliff along the river, and when it noticed me, it was staring at me while trying to hide its body behind a tree. He may have intended to hide, but he was sticking out of the tree so I was able to photograph him.After a while he turned and went back to the cliff where he had come from. He didn't look so upset.

the video of the Japanese serow.

I found it at Mt. Imakuma in the morning.

Introducing a picture of Japanese serow. 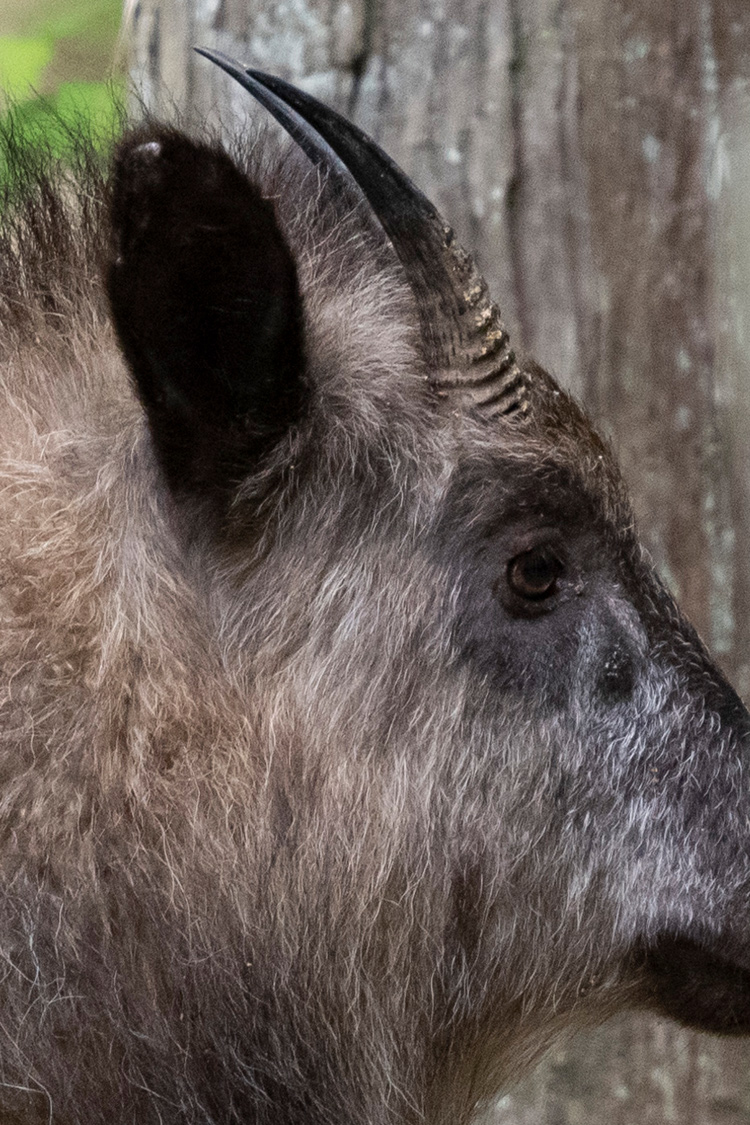 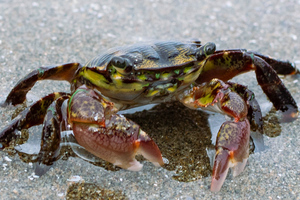 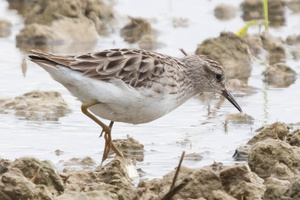 Sandpiper as small as a skylark.......ead more. 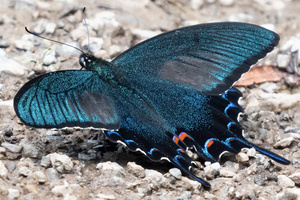 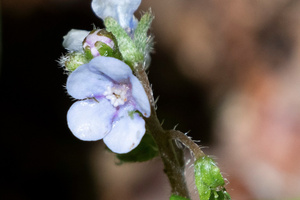